St. John’s wort is well-studied and recommended worldwide for helping to relieve mild anxiety and symptoms of mild to moderate depression. 1

Because of this, there are many types of St. John’s wort preparations in the form of teas, tinctures, liquids, powders, tablets, and capsules. These are often made with varying production methods, which can result in different amounts of active components.

In Remotiv® a specific extract of Hypericum perforatum – called Ze 117 – is used. Remotiv with Ze 117 has been extensively researched in clinical studies and is used by millions worldwide to support a healthy mood.

Discover more about Ze 117 used in Remotiv and the key studies that support its benefits.

More about Hypericum perforatum in history

The value of St. John’s wort has been known for over 2000 years. Greek medical herbalists, such as Hippocrates, Galen and Dioscorides historically used this herb in various applications relating to nerve complaints.1

St. John’s wort continued to be used through the Middle Ages, however in the early 1500s, it was Paracelsus that exposed its benefits in supporting healthy mood and emotional balance.1 In the following centuries the use of St. John’s wort spread across Europe and other continents and became more widely used to help relieve mild anxiety, stress, and support a healthy mood.

Ze 117 is the exclusive extract of Hypericum perforatum used in Remotiv. The specific extract is developed according to strictly controlled production methods with careful consideration at every stage of growing, cultivation, extraction and production.

This helps to ensure that each batch of Remotiv is consistent with the next and with the natural medicine tested in clinical research for relief of mild anxiety and stress.

In 2001, a study was conducted to test the Hyperforin content (a main compound of St John’s wort) of 8 different St John’s wort formulations. The results suggested that the available formulations at the time had varying and inconsistent amounts of Hyperforin from one batch to the next. While Remotiv was found to meet the batch-to-batch consistency criteria.

The therapeutic benefits of Ze 117 are based on multiple clinical studies involving over 1000 people.2-5 This research has shown that Ze 117  can help to support a healthy mood and  relieve:

Always read the label, use only as directed. If symptoms persist consult your healthcare professional.

Research on how Ze 117 works

It is not fully understood how the Ze 117 extract of Hypericum perforatum works, however pre-clinical evidence suggests that it may have effects on three of the key neurotransmitters (serotonin, noradrenaline and dopamine) in the brain that are linked to mood and feelings of stress and nervous tension.

Explore more about how it works

The pre-clinical studies suggest that, Ze 117 has effects both on downregulation of receptors and re-uptake inhibition of serotonin, noradrenaline and dopamine.7,8

The studies also suggest that the therapeutic activity of Ze 117 is due to the overall effect of the entire Ze 117 extract which is stronger than the effect of single constituents of the extract.

Ze 117 has been researched in multiple clinical studies, including a study published in the British Medical Journal that was a one-year study that showed continued relief with good tolerability. 5

162 patients with mood-related symptoms over 6 weeks*

240 patients with mood-related symptoms over 6 weeks*

324 patients with mood-related symptoms over 6 weeks*

440 patients with mood-related symptoms over 1 year

There may be several products on the market labeled as containing a particular ingredient – such as St. John’s wort. So what makes Ze 117 in Remotiv different?

Natural healthcare products can vary considerably depending on how they are produced. Ze 117 is a specific extract of St John’s wort made using highly controlled production methods with careful consideration at every stage of creation.

That means, you can be sure that the product you are getting contains the same specific extract demonstrated in clinical studies to help relieve stress, mild anxiety and support a healthy mood.

Remotiv with Ze 117: A Summary

Backed by years of research

To support a healthy mood and emotional balance

and ease feelings of nervous tension restlessness and irritability

By millions of people for over 20 years. 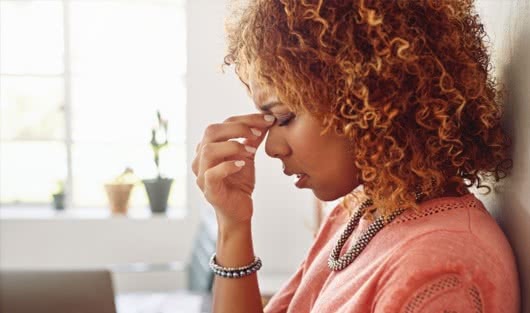 Our source to patient philosophy

We make sure our natural medicines are consistent.

Not only do the clinical studies on our products demonstrate real health outcomes, they demonstrate the results you can expect from the same products you see on shelf. It’s all part of our Source to Patient philosophy.

See the steps taken to make our products