Both Valeriana officinalis and Humulus lupulus have a long history of helping provide relief of sleeplessness.

In ReDormin, two specific standardised extracts from Valeriana officinalis and Humulus lupulus are combined to create an exclusive formula, called Ze 91019 that is clinically researched to help improve the quality of sleep and restore healthy sleep patterns in 2 weeks.1

Discover more about the Ze 91019 formula used in Flordis ReDormin, how it can work, and the key studies that support its benefits.

Hops is a perennial vine native to temperate zones of North America, Europe and Asia, with a long history of use in North American indigenous medicine, Ayurveda and Chinese medicine systems. 2

More on Valerian & Hops in history

Valerian is a perennial plant native to subpolar Europe and Asia. The sedative effects of Valerian were first recognized over 2000 years ago in Ancient Greece. Its name is derived from the Latin word valere, which means “to be strong, be well”. Valerian is a flowering plant whose roots are used to make the extracts.3

Although Hops and Valerian have reported their own benefits, their synergistic combination has demonstrated significant benefit for the relief of sleeplessness.

The specialised combination of Ze 91019 used in ReDormin is well researched and has been the choice of millions of people worldwide.

Ze 91019 is the specific combination of Valeriana officinalis and Humulus lupulus used in Flordis ReDormin. Thanks to a careful and complex production process, the Ze 91019 extract can consistently contain the same composition and amount of active components, making it possible to investigate the efficacy of this fixed combination in clinical studies.

The beneficial effect of Ze 91019 is based on over 10 years of clinical research. Results from clinical studies suggests that Ze 91019 can help people with sleeping difficulties and patients to:1,4-7

Always read the label, use only as directed. If symptoms persist, consult your healthcare professional.

Sleep regulation is a complex area of study. There are two underlying cycles that are believed to constitute normal sleep structure:

Discover more about your sleep

Studies suggest that Ze 91019 can positively affect both cycles through its action on biochemical pathways in the body involving:

The two extracts that make up the fixed extract of Ze 91019 are:

More than 10 years of research conducted with Ze 91019, involving more than 3600 participants.1,4-7 The below table highlights some key clinical studies conducted on Ze 91019.

30 patients with sleep issues over 4 weeks

3447 patients with sleep disruption over 4-6 weeks

*When sleep duration was increased on average by an hour.

ReDormin with Ze 91019 vs. valerian and hops

There may be several products on the market labelled as containing a particular ingredient – such as Valeriana officinalis and Humulus lupulus. So what makes the Ze 91019 extract in ReDormin different?

Natural healthcare products can vary considerably depending on how they are produced. The specific Ze 91019 combination used in ReDormin is produced using a meticulous process with careful consideration and control at every stage of creation. This helps to ensure that the final product is:

This helps ensure that the natural medicine you are getting contains the exact ingredient, in the exact amounts demonstrated in clinical research to relieve sleeplessness. That’s the Flordis difference.

Over 10 years of research

With no known morning drowsiness or rebound insomnia recorded based on clinical research and worldwide surveillance reports. 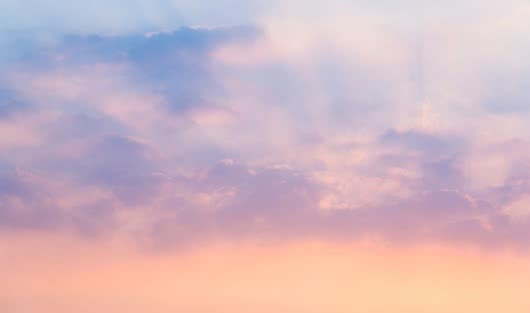 How Daylight Savings can Impact Your Sleep Routine

Here's a look at how daylight savings can disrupt your body clock – with tips to help you transition smoothly. 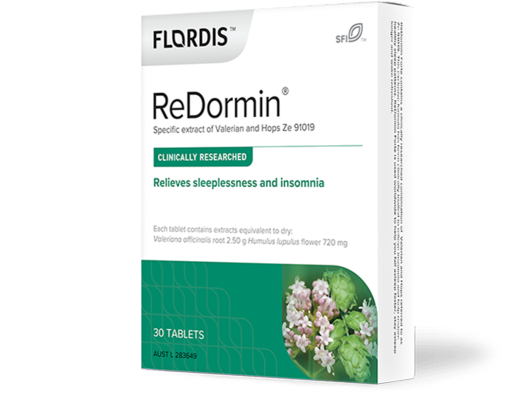 For relief of sleeplessness

For relief of sleeplessness

Our source to patient philosophy

We make sure our natural medicines are consistent.

Not only do the clinical studies on our products demonstrate real health outcomes, they demonstrate the results you can expect from the same products you see on shelf. It’s all part of our Source to Patient philosophy.

See the steps taken to make our products