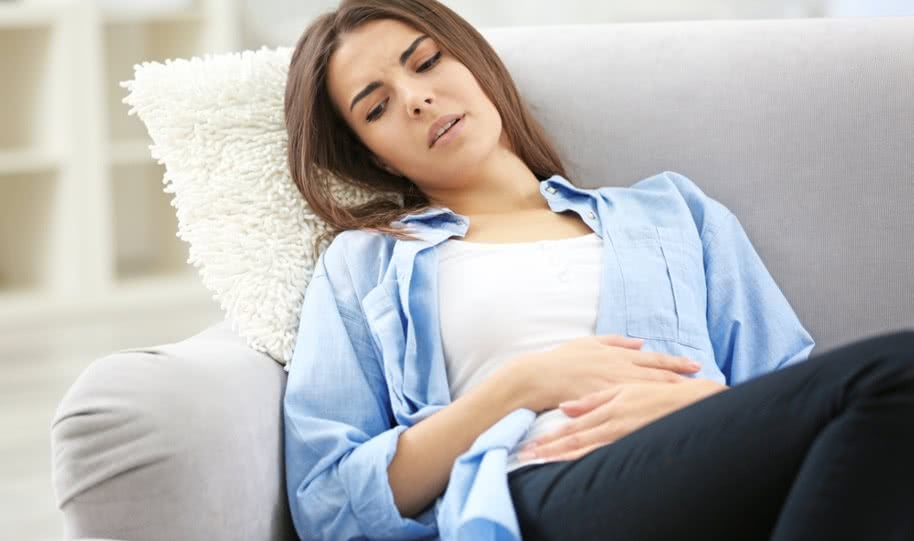 The complex of combination of physiological, physical and psychological changes that occur monthly, during the luteal or second phase of the menstrual cycle, constitute the premenstrual syndrome (PMS).

Hormonal fluctuations associated with the reproductive cycle may produce a variety of effects that may affect quality of life in some. Symptoms usually present 7-10 days before the start of menses; and may include:

Psychological symptoms such as irritability, aggression, tension, anxiety and depression.

Somatic symptoms such as breast tenderness, headaches, fluid retention, feeling of bloating and weight increase.
In as many as 95% of women of reproductive age, mild physiological symptoms may occur; only 5% of women are totally free of PMS symptoms. Approximately 5% of symptomatic women complain of symptoms being so severe that their quality of life is significantly affected for two weeks before the onset of menstruation.

CAUSES OR RISK FACTORS
Symptoms of PMS may appear any time between menarche (the start of menses) and the menopause (cessation of menses). Increasing age and stress may worsen symptoms of PMS yet the cause of PMS is not clearly defined and is yet to be determined; but is described as being the result of multiple factors including changes in hormones and neurotransmitters; additional factors include environmental, psychosocial, and personal factors such as diet, medications and stress, interpersonal relationship problems, underlying psychopathology, personality, self-esteem, general health and well-being.

SYMPTOMS
The type and severity of symptoms usually differs from woman to woman, and from month to month. Factors such as stress, may impact symptom intensity. Symptoms may present a few hours up to 14 days before a menstrual period, and usually dissipate completely once the period begins. The symptoms of PMS are often followed each month by a painful period- this is especially common in teenagers.

Symptoms of premenstrual syndrome (PMS) tend to recur in a predictable pattern and may include all or some of the following symptoms:

While PMS symptoms occur, other comorbid conditions experienced may worsen. For example in women with rheumatoid arthritis, pain may be exacerbated at this time.

DIAGNOSIS
No definitive laboratory test or procedure exists to diagnose PMS, however research has shown that tracking symptoms experienced over a two to three month time duration can help to identify characteristic patterns of symptom appearance.
Often women with PMS, present to their healthcare practitioner with a self-diagnosis of PMS, and the healthcare practitioner then confirms or excludes this.

The American College of Obstetrics and Gynecology (ACOG) recommends that PMS be diagnosed using the criteria developed by the University of California and the National Institute of Mental Health. Periodicity and severity of symptoms are important in terms of diagnosis.

National Institute of Mental Health
A 30% increase in the intensity of symptoms, measured using a standardized instrument from cycle days 5 – 10, as compared with the six day interval before the onset of menses
(Standardized daily symptom calendars, such as the Calendar of Premenstrual Experiences and the Prospective Record of the Impact and Severity of Menstruation)
And
The documentation of these changes in a daily symptom diary for at least two consecutive cycles.

University of California
At least one of the following affective and somatic symptoms during the five days before menses in each of the three previous cycles:
Affective symptoms: depression, angry outbursts, irritability, anxiety, confusion, social withdrawal
Somatic symptoms: breast tenderness, abdominal bloating, headache, swelling of extremities
Symptoms relieved from days 4 through to 13 of the menstrual cycle.

TREATMENT
As the aetiology of PMS is poorly understood, treatment is not clear cut, and should be tailor made for each individual and their symptomatic presentation; treatment is usually based on treating the primary symptoms.
For more severe PMS symptoms, medications that block certain hormone secretion may be utilized.
Women whose primary symptoms are physiological in nature commonly benefit from counselling and reassurance. Those with more emotional symptoms, should be supported by early identification of their condition, and referred appropriately.
Severe PMS is more easily treated, through justified medical or surgical elimination of the menstrual cycle.
Patients with less severe symptoms remain difficult to manage; treatments that do not eliminate ovulation or ovarian function are unreliable. The response of patients may be inconsistent and treatments are usually based on less credible scientific data.

WHAT CAN YOU EXPECT
Once a month, for a period of 7 to 10 days a combination of psychological and physical symptoms may be experienced, that vary between women in intensity and duration; and usually resolve completely at the start of menses. By tracking symptoms experienced using a PMS tracker Sheet, management of PMS is far better.

Get our newsletter bringing you the latest insights, health tips & product information

Thank you! You have been subscribed.
Was this article useful?

Thanks for your feedback